In October, according to the statistics of Vietnamnet Gobal  have 4 consecutive storms landed in Vietnam:

2 storms in the first half month

1. Storm No. 6:
In the morning of October 11, 10 am entered the mainland provinces of Quang Nam-Quang Ngai and weakened into a tropical depression: 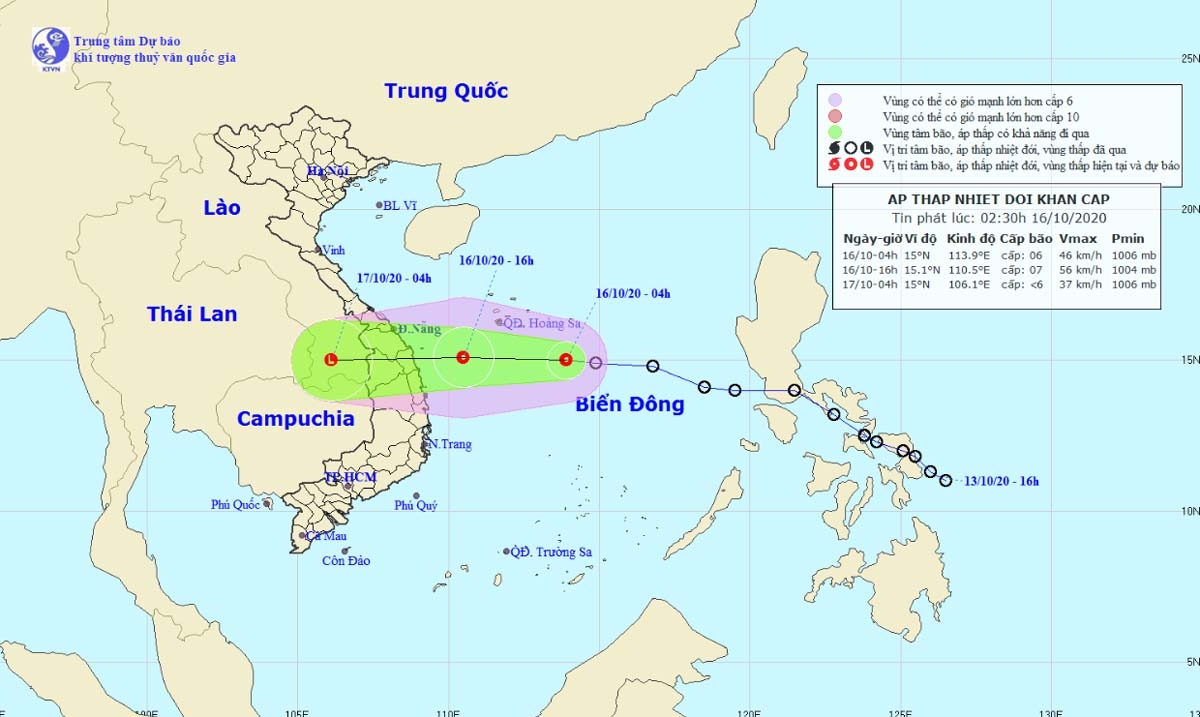 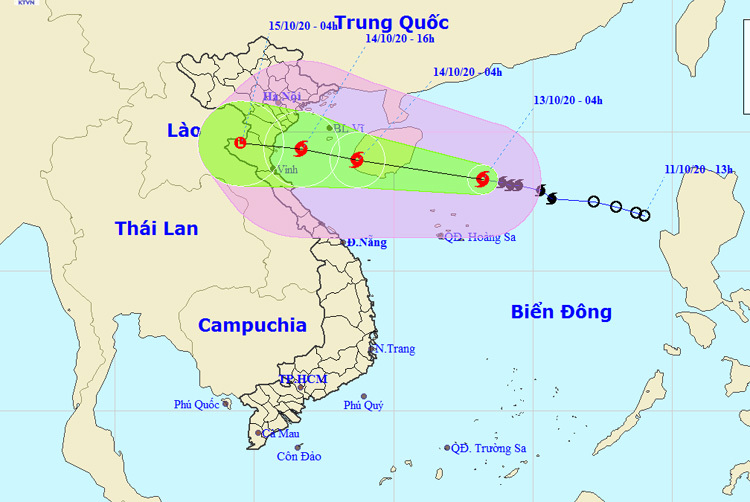 Location and path of typhoon No. 7. Photo: NCHMF.

2 storms in the remaining half month

1. Storm No. 8:
On October 26, the central localities provinces spanning from Nghe An to Thua Thien Hue will see moderate and heavy rain with rainfall of 50-150mm and over 200 mm in some places.

Consequence: Folow link: 1, 2,…
2. Storm No. 9:
By 10 am on October 28, Storm Molave is forecast to land on the central coast from Quang Nam to Binh Dinh , according to Deputy Director of the National Centre for Hydro-Meteorological Forecasting Hoang Phuc Lam. 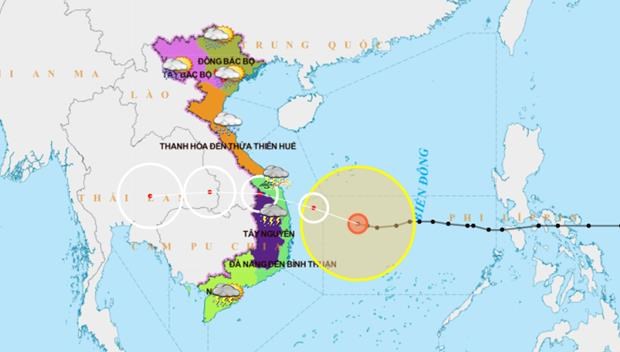 The movement of Storm Molave (Photo: The National Centre for Hydro-Meteorological Forecasting)
Coastal areas from Thua Thien-Hue to Phu Yen will see winds of 117 to 149 km per hour with gusts of up to 149km per hour, while inland areas will be hit by winds of 102km per hour with gusts of 133km per hour.
The ninth in the East Sea this year, said to be the strongest in 20 years, will move deeper inland during the day before weakening.To prepare for disaster response Vietnam prepares to evacuate 1.3 million people as Typhoon Molave approaches (follow CNN) and and many other activities to best prevent storms.

Natural disasters are inevitable, but preventing it from becoming a disaster is something we can do. Fomex hope everyone is well prepared before the storm and overcome the consequences after the storm